Home » Home safety » Can Babies Have Maple Syrup – Is it Safe? Mothers naturally want to know if a product is safe before giving it to their babies. A baby’s digestive system is sensitive and certain foods are not suitable for them until they’ve reached a certain age. Maple syrup is one product mothers may be concerned about due to its high sugar content. Can babies have maple syrup – is it safe? Let’s find out more.

What is maple syrup and how is it made?

Maple syrup must be made almost exclusively from the sap of the maple tree to be classified as maple syrup. Maple trees grow in the chilly Northeast of America and in Eastern Canada. The trees store starch in the roots prior to winter.

In the spring the starch becomes sugar and rises in the sap. This sap can only be collected over a four to six week period when the trunks of the trees have to be tapped so the sap drips out. The sap is collected and heated until the water evaporates. What remains is concentrated syrup that is filtered, bottled and graded.

The syrup is graded according to its color and the darker the color, the stronger the flavor. In each grade is a variety of colors.

For example, in Grade A, there are syrups of a golden color with a light delicate flavor and an amber color with a stronger, rich, sweeter flavor. As a general rule of thumb, the lighter grades are produced earlier when the weather is colder and the darker ones later in the season when it is warmer.

A product that carries the label ‘Maple Syrup’ is produced according to strict standards. It gives you the assurance that you are using a quality product and not some other syrup that isn’t made from maple sap. Other syrups may be made from high fructose corn syrup instead and mixed with other flavors to taste like maple syrup.

is maple syrup safe for babies? Honey is one food most mothers know they shouldn’t give to their small babies because it is a potential source of a bacterium called Clostridium Botulinum. This can cause a disease called Infant Botulism that attacks the nervous system and causes muscle weakening or paralysis. It is a rare but severe disease that only occurs in babies.

As maple syrup comes directly from the sap inside the maple tree, contamination with botulism spores is almost impossible. The sap is also boiled for a long period and the spores aren’t known to thrive when boiled.

However, some pediatricians advise not to give honey, maple syrup or corn syrup to babies under a year old. When they are over 12 months, they have more balanced acids in their intestines to counteract any toxins that bacteria may produce in the body.

When can babies have maple syrup?

When a baby first starts eating solids, he or she should not eat foods that will spike blood sugar levels. Sugar can be difficult to process until they are over 12 months.

Once they are over 12 months, you can give them a little maple syrup to sweeten their porridge, applesauce etc. Applesauce can be really tart at times and adding a little maple sugar makes it more palatable.

What are the health benefits of maple syrup?

In this study, you can see that maple syrup has up to 24 different antioxidants which can heal free radical damage and help to fight inflammation. It also contains a number of beneficial minerals, such as zinc and manganese that are known to increase resistance to illness.

Maple syrup may provide a slightly better way to add sweetness to food than table sugar. However, it must be used sparingly due to the sugary sweetness. It’s unique flavor makes it a great choice for an occasional treat, but its health benefits still don’t mean you should use it liberally on a daily basis.

Maple syrup is suitable for babies over 12 months. The following three products all have a golden color and a delicate taste. 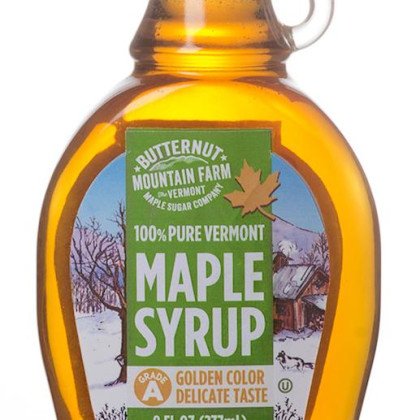 This is a 100% pure Vermont maple syrup by Butternut Mountain Farms found in high altitudes of Northern Vermont forests. The golden Maple syrup has crystal clarity and a delicate, very light flavor. It is usually made earlier in the season when the weather is colder. 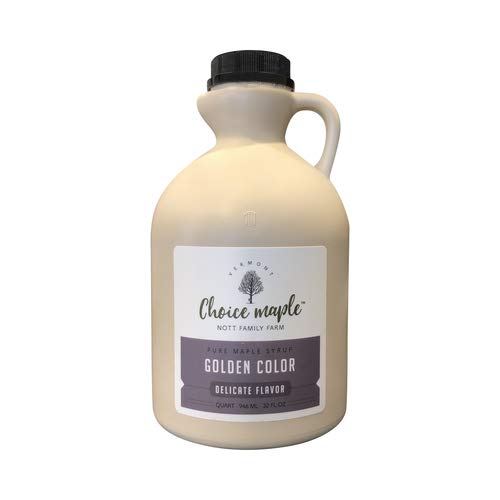 Choice Maple is made on the Nott family farm in a tranquil 150 acre setting in Hartford, Vermont. They also tap an additional 125 of acres of land nearby, in Bethel, Vermont. These reliable acres provide over 15,000 taps which produce the purest and lovely syrup. 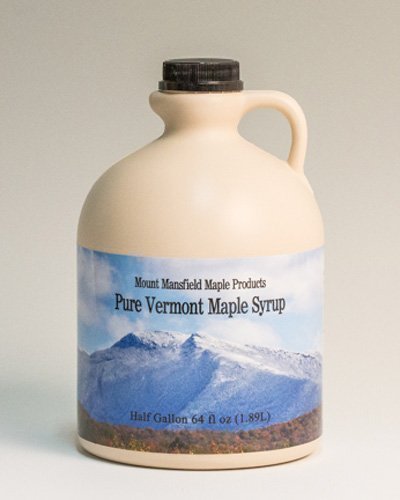 Can babies have maple syrup – is it safe? The answer is that as long as they are over 12 months, it is safe for them. At this point in their lives, their digestive systems have developed enough for them to handle it. It has some nutritional benefits but as it has a high quantity of sugar, it should not be used too liberally.

There is no harm at all in using a little maple syrup every now and then as a treat. It is useful to use it to sweeten rather tart apple sauce, porridge or other healthy foods that a child might otherwise not want to eat.

It is not a good idea to get your child used to enjoy food that’s very sweet but a little maple syrup is certainly better than most other sweet treats and is very definitely a better option than most other syrups.