Is It Safe To Eat Sunflower Seed Shells?

Sunflower seeds are a popular treat amongst baseball fans and their shells (hulls) a common sight on bleacher floors after a match. Sunflower seeds have a nutty taste and firm texture that goes well with their salted hulls. These seeds aren't only delicious; they're healthy too.

Researchers have found that 35 grams of dried sunflower seed kernels can provide you with over 80% of your vitamin E recommended daily intake (RDI). This vitamin is an antioxidant and anti-inflammatory that helps with arthritis and asthma. Eating the kernel is alright but is it safe to eat sunflower seed shells?

What the experts say​

Researchers have determined that sunflowers seed shells are primarily fiber and that means you'll have to chew them properly so they can get digested.

Eating a lot of these shells can also take its toll on your digestive system and lead to constipation. Treating sunflower hull induced constipation usually isn't easy as the following examples will show.

Dr. Helene Flageole, who's the head of pediatric surgery at McMaster Children's Hospital, had to treat three boys aged 7-14 from this. Dr. Flageole said that the boys had clusters of improperly digested shells that caused them excruciating pain. The boys said that these clusters felt like clumps of small knives.

The pain these youngsters experienced made it impossible for them to get these clusters out of their systems naturally. This is why Dr. Flageole had to operate on them and it's also why she decided to raise awareness on the matter. 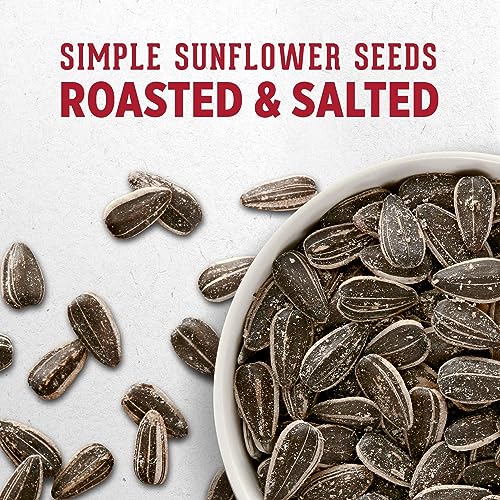 When this guy woke the following day, he felt constipated and tried laxatives. Laxatives didn't help, so he also tried mineral oils and managed to get something out, but this caused him so much pain that he found it hard to stand up.

He managed to drive himself to the ER, though, where they administered him medication through an enema.

What happened after the enema

This man also experienced the same kind of pain as those boys, but he managed to get that shell cluster out. He said the sunflower hulls had formed a fist-sized ball. He added that excreting it felt like a spiked ball was going down his rectum. He then found it impossible to sit up for about a week.

After this week, he started having pain in his lower abdomen. He told his father about it who asked him to give this area a sharp, quick press. This triggered a sharp surge of pain and his father suggested that he should visit the doctor because it could be appendicitis. This turned out to be true and he went into surgery. Buying sunflower seed kernels is the most effective way to enjoy this snack and not just for health reasons. The seasonings being on the kernel brings out more flavor. If you're still asking yourself is it safe to eat sunflower seed shells the traditional way this is what you should do.

Put one seed in your mouth, enjoy the seasoning on the shell and crack it using your molars. Without chewing it, spit out the shell’s shards and enjoy the kernel.

If you want to enjoy more seeds at once, you should take a handful, place it in one cheek and enjoy the seasoning. Then crack the shells, spit them out one at a time and place the kernels in the other cheek for later consumption.

Are Half Helmets Safe? Best Half Helmet
Is Raid Safe for Pets
Is Thermacell Safe to Breathe?
Is Squirrel Safe to Eat?
Is It Safe To Heat Canned Food In The Can?